Cricket Bet India have all the latest news on every Pakistan Super League match, including match betting, top run scorer and wicket-taker, highest partnership and whether a century will be scored in the match. 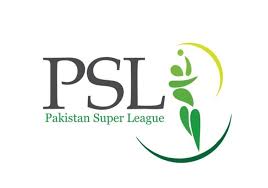 Discover the best match predictions and outright tournament betting tips from the Pakistan Super League, one of the most popular T20 competitions in the world featuring the biggest stars of the game. From tournament winner to top run scorer and from player of the tournament to top wicket-taker, you can access the best previews as well as the latest bookmaker specials and sign-up offers from a selection of the best bookmakers in the world.

Cricket Bet India will have all the latest news on every Pakistan Super League match, including match betting, top run scorer and wicket-taker, highest partnership and whether a century will be scored in the match.

Founded in September 2015 by the Pakistan Cricket Board, the Pakistan Super League is a six-team tournament featuring home grown superstars and a collection of specialist T20 performers from around the world.

Originally consisting of five teams, the tournament expanded to six teams in 2017 as the Multan Sultans joined the tournament. Each year, the Pakistan Super League takes place over four weeks from February through to March as the teams compete through a double round-robin format before the top four teams advance to the play-offs.

The play-off stage begins with a Qualifier in which the top two from the group stage compete for a place in the final before the teams finishing third and fourth go head-to-head for a chance to meet the loser of the Qualifier. The winner of that meeting advances to the final to compete for the trophy.

In 2019, a total of over 465,000 fans attended the 34 PSL matches. As well as the trophy for the winning team, the Hanif Mohammad award is given to the leading run-scorer in the competition while the Fazal Mahmood award and the Imtiaz Ahmed award are given the leading wicket-taker and best-wicket keeper awards for the tournament.

So who do we think will come out on top in the next edition of the Pakistan Super League, history suggests it is between Islamabad United and Peshawar Zalmi, but after their performance in the league phase in 2020, we believe Multan Sultans are the team to bet on.

Islamabad United are the most decorated Pakistan Super League team in the competitions history after their victory in 2018 made them the only side to have ever lifted the trophy more than once. The team who play at the Rawalpindi Cricket Stadium also hold the distinction of racking up the biggest total in PSL history, scoring 238 against Lahore Qalanders in 2019.

Until a disappointing sixth place finish in the 2020, Islamabad United had reached the play-off stage every year, but could only manage three wins from 10 matches this time around.

Up and coming Pakistan all-rounder Shadab Khan leads Islamabad United with the runs coming from England left-hander Dawid Malan, big-hitting Blackcap Colin Munro and experienced South African Colin Ingram. Their star man in recent years has been New Zealand veteran Luke Ronchi who is Islamabad United’s top scorer in PSL history with over 1,000 runs, almost 400 ahead of second on the list Asif Ali who will also line-up for the side in 2021. Can Ronchi top the scoring charts in 2021? We feel he is a safe bet to back as top Islamabad United run scorer.

The Kings of one of three Pakistan Super League teams who are yet to get their hands on the title but they’ve come closer on a number of occasions. In fact, the Kings have reached the play-off stage every year of the tournament with this year’s second place finish in the points table their highest finish to date.

The likes of Kumar Sangakkara, Eoin Morgan and Ravi Bopara have captained the Kings throughout their history but in 2020 it was left to all-rounder Imad Wasim. Having knocked them out in 2019, Alex Hales joined the Kings for the 2020 tournament and could be a good bet to finish as the tournament’s top run scorer. Babr Azam – who was named in the 2017 and 2019 ICC ODI Team of the Year – bolsters the top order along with South African Cameron Delport who scored 117* for Islamabad United in 2019.

In the middle-order T20 star Iftikhar Ahmed guarantees crucial runs alongside wicketkeeper batsman Mohammad Rizwan. The pick of the bowlers is undoubtedly Mohammad Amir, a man who has made his name in all formats of the game while experienced T20 specialists Chris Jordan and Mitchell McClenaghan also chip in with big wickets.

The Qalanders, who play their home games at the Gaddafi Stadium, are another of the sides yet to get their name engraved on the Pakistan Premier League trophy and, in all honesty, they’ve never even got close.

However, 2020 saw the Qalanders show signs of improvement as they won five of their 10 matches to finish third in the points table and qualify for the play-offs for the first time. Prior to that they had finished rock bottom of the points table every single season managing no more than three victories during a campaign. The Qalanders are also the unfortunate side to not only have conceded the most runs in a PSL clash but also have scored the lowest total in a clash, scoring just 59 runs against Peshawar Zalmi in 2017.

Despite their poor record, the Qalanders have a squad littered with international players meaning they could well cause an upset in 2021? See their latest outright betting odds here. Veteran all-rounder Sohail Akhtar captains the side with Salman Butt, Fakhar Zaman, Mohammad Hafeez and Chris Lynn amongst the top order batsmen at their disposal.

In the middle order the likes of Samit Patel, Seekkuge Prasanna and David Wiese provide solid T20 tournament experience from the biggest competitions in the world, as do wicket keepers Ben Dunk and Dane Vilas.

Perhaps the biggest concern for Qalanders is their bowling attack with 20 year-old Pakistan starlet Shaheen Afridi the standout performer although left-arm fast bowler Usman Shinwari has both international and T20 experience. The lack of an experienced spinner has caused issues with uncapped Maaz Khan the only man currently at their disposal.

The newest franchise to join the Pakistan Super League, the Punjab-based Sultans have yet to stamp their authority on the tournament, managing a total of just seven wins from their first two seasons though they did perform better in the 2020 edition, winning six of their 10 games to finish top of the points table.

Highlights of the Sultans’ 2020 campaign include a crushing 52-run win over the Karachi Kings thanks to 65 from England’s Moeen Ali as well as a 30-run win over Quetta Gladiators which saw South African Rilee Rossouw scored the fastest century in PSL history from just 43 balls. The Sultans also provided two of the top five wicket takers in 2020 with Sohail Tanvir and Imran Tahir both taking 10 wickets in eight matches.

Captaining the Sultans in 2020 was top order batsman Shan Masood who led the side for the third season in a row. Joining him as the main run getters are England’s world cup winning James Vince, big-hitting Rilee Rossouw and Asad Shafiq who made the switch from the Quetta Gladiators.

English pair Ravi Bopara and Moeen Ali are key all-rounders in the middle order alongside Sohail Tanvir overseas and box office Shahid Afridi, a scorer of almost 20,000 white-ball runs for his country over a 22 year career.

The evergreen Imran Tahir is the standout bowler in the Sultans squad alongside left-arm seamers Junaid Khan and Mohammad Irfan who both joined the franchise in 2018.

The team that ply their trade at the Rawalpindi Cricket Stadium are one of the dominant forces in the Pakistan Super League. After a crushing defeat to Islamabad United in the second Eliminator in the inaugural tournament, Peshawar Zalmi have been ever-presents in the PSL final though they have only gone on to lift the trophy on one occasion.

2017 was that year as they finished top of the points table before booking their place in the final with a 24 run win over Karachi Kings in which Kamran Akmal won Play of the Match after scoring 104 of 65 balls. In the final they met the Quetta Gladiators and were never troubled as Mohammad Asghar took 3/16 with the ball to reduce the Gladiators to 90 all out.

Captain Wahab Riaz is the top wicket taker in PSL history with 76 wickets from the 54 matches that he has played and also features twice in the top five list of most wickets taken in a season. Leg break Yasar Shah is a prominent part of the Zalmi bowling attack alongside Pakistan internationals Rahat Ali and Hasan Ali.

As for the batsmen, Imam-ul-Haq is an important player at the top of the order with fellow countryman Umar Amin while middle-order runs are provided by Darren Sammy, Carlos Braithwaite and wicket-keeper Kamran Akmal.

Up until a disappointing fifth place finish in this season’s league stage, the Gladiators had been ever-presents in the play-offs with three of the four previous seasons seeing them reach the final. However, 2019 remains the only and only time the Gladiators have lifted the trophy as they enjoyed a dominant season which saw them win nine of their 12 league games before twice beating the Peshawar Gladiators in the play-offs to take the title.

In 2016 and 2017 the team from the Gaddafi Stadium finished as runners-up, first losing to Islamabad United by six wickets before suffering a 58-run loss to Peshawar Zalmi 12 months later.

Wicket-keeper, and captain of the Pakistan cricket team across all formats, Sarfaraz Ahmed leads the team as he has done since the tournament’s inception with the likes of Ahmed Shehzad, Ahsan Ali and Jason Roy providing some big-hitting at the top of the order. Further down Shane Watson is a key player and the only overseas player to feature in the top five PSL top run scorers. Can Watson repeat his 2019 performance and win batsman of the season? Bet here.