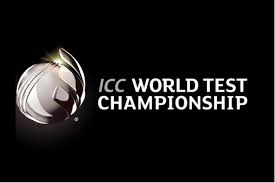 From outright winner to top run scorer and from top wicket-taker to series winner bets, you can access the best predictions as well as the latest bookmaker specials and sign-up offers from a selection of the best bookmakers in the world. Run by the ICC, the World Test Championship is the premier tournament for Test cricket.

Launched in October 2017, the ICC announced plans that nine of the 12 Test playing nations had agreed the first championship would be played between 2019 and 2021.

The inaugural championship will see the top nine Test playing nations go head-to-head against six of the other eight teams in series’ consisting of between two and five matches. Although the length of each series may differ, the same number of points are up for grabs in each series with points awarded on a match-by-match basis rather than an overall series basis. After each team has completed their six series’ against the other nations, the top two teams in the points standings will meet in a one-off Test match at Lord’s to decide the winner of the 2019/21 World Test Championship.

Current world number one in the Test ranking is Australia, a team that will be amongst the favourites to lift the title and we fully agree so are predicting the Aussies to be the World Test Championship’s inaugural winners.

Australia began the inaugural campaign with a 2-2 series draw in the 2019 Ashes against England before racking up back-to-back series victories at home to Pakistan (2-0) and then at home to New Zealand (3-0). Future series will see them travel to Bangladesh, before they host India over four Tests and conclude with three Tests in South Africa.

It has been a difficult start to the campaign for Bangladesh as they sit bottom of the points table with three defeats from three Test matches so far. But with three home Test series still to play they may well make a move towards that top two.

So far on their journey, The Tigers have suffered a disappointing 2-0 home loss to India in which the tourists racked up innings victories on both occasions with Bangladesh scoring no more than 213 during their four innings. Another innings defeat in the first Test to Pakistan followed in February. Coming up for the Tigers is a two-Test series against Australia, before a trip to Sri Lanka and a home series against New Zealand. They round their campaign off with a three-Test series against the West Indies.

Star men for Bangladesh include opener and scorer of nine Test centuries Tamim Iqbal as well as Imrul Kayes and Mushfique Rahim, Bangladesh’s top run scorer in Test cricket and the only Bangladesh player to score three double-centuries. With the ball, Taijul Islam is a key spin bowler alongside young player Nayeem Hasan.

With one win and one draw from their opening two Test series of the championship, England sit third in the points table, within touching distance of the top two. Victory in the fifth and final Test of the 2019 Ashes saw them salvage a series draw before a successful tour of South Africa saw Joe Root’s side bounce back from an opening Test defeat to win 3-1.

A two-match series in Sri Lanka was postponed before a Test summer that would see England host the West Indies in three Tests before welcoming Pakistan for another three-Test series. A tricky five-Test series in India follows at the start of 2021.

England have a number of star men in their Test squad starting with captain and number four Joe Root who is eighth in the Test rankings, as well as all-rounder Ben Stokes who is 10th in the rankings. Bowlers include the evergreen James Anderson and Stuart Broad as well as the fiery Jofra Archer.

Will India win the inaugural World Test Championship? Based on form you wouldn’t bet against it. With three wins from four series so far which includes seven wins and two defeats, India sit top of the league table. A 2-0 home win against West Indies got them underway before, two further whitewashes against South Africa and Bangladesh. Defeat in New Zealand followed as India failed to impress with bat in hand.

Next on the schedule is a trip to Australia for four Tests before a five-Test series at home to England.

Captain Virat Kohli – a good bet to finish as tournament top scorer – is India’s star man, as are the ever-reliable Ajinkya Rahane and Cheteshwar Pujara at the top of the order. On home soil, the spin of Kuldeep Yadav, Ravi Ashwin and Ravi Jadeja are key weapons while on seam friendly wickets look out for Bhuvneshwar Kumar, Ishant Sharma and Jasprit Bumrah.

The Blackcaps are a team that should never be underestimated, no matter what format, and they could well be a dark horse in the race to reach the final of the World Test Championship. So far, New Zealand have won one, lost one and drawn one with their opening series ending as a draw in Sri Lanka before they suffered a heavy defeat on the road in Australia. However, a much-needed win over India followed in front of their own fans.

Coming up, the Blackcaps take on Bangladesh in two Tests before another two-Test series this time against Pakistan to end their campaign.

Captain and number one batsman Kane Williamson is the pick of New Zealand’s players along with the exciting Henry Nicholls, experienced Ross Taylor and wicket-keeper Tom Latham. Lockie Ferguson provides pace to their bowling attack alongside the swing of Trent Boult, aggression of Neil Wagner and spin of Mitxhell Santner.

Another side who have had an inconsistent start to their World Test Championship campaign is Pakistan who have managed two wins, two draws and a loss from their opening five matches. One thing we know about Pakistan is to never write them off so if you want to bet on them to win the championship, click here. So far, a whitewash in Australia was followed by a 1-0 series win at home to Sri Lanka and victory against Bangladesh.

A trip to England in summer 2020 is next for Pakistan in a three-Test series before two-Test series’ against New Zealand and South Africa round off their campaign.

Pakistan’s strength is their bowling with the likes of Mohammad Amir, Rahat Ali and Hasan Ali leading the pace attack while Yasir Shah is the side’s primary spin bowler. In terms of batting, Babar Azam is the standout performer, with Shan Masood and, Azhar Ali also worth looking out for.

South Africa have work to do if they are to reach the final of the World Test Championship after two series defeats which have seen them win just one of their seven Test matches. A crushing 3-0 loss in India got their campaign off to a bad start before a 3-1 home loss to England followed despite the Proteas managing a win in the opening Test at Centurion.

Wicket-keeper Quinton de Kock is the Proteas star player while Dean Elgar and Rassie van der Dussen provide stability at the top of the order following the retirement of Faf du Plessis. The bowling attack is strong despite Vernon Philander’s retirement with Kagiso Rabada and Anrich Nortje providing pace in abundance.

No series win from their opening two series had left Sri Lanka with ground to make up if they are to finish in the top two and make the final. Defeat in the second Test at home to New Zealand in August 2019 meant they had to settle for a series draw in their opening outing before a 1-0 defeat to Pakistan in December 2019.

They are yet to host England in a two-Test series while three Tests against Bangladesh offer the chance to pick up some points ahead of a trip to South Africa where they had success in 2019. Last up for Sri Lanka is a two-Test series against West Indies.

Kusal Perera is an important player for Sri Lanka, famed for a stunning 153 not out against South Africa in 2019 to win a thrilling Test match in Durban. Opener and captain Dimuth Karunaratne, Lahiru Thirimanne and the experienced Angelo Mathews provide experience with the bat. Suranga Lakmal leads the pace attack with Vishwa Fernando while 23 year-old spinner Lasith Embuldeniya is one to watch.

Having only played one two-match series it is hard to judge West Indies just yet but given they are ranked eighth in the world it’s hard to see them reaching the top two. Their only matches so far have been against India where they were soundly beaten 2-0 at home after struggling with the bat.

They have plenty of games to come though starting with three Tests in England, before a home series versus South Africa, clashes against New Zealand and Bangladesh and a two-Test meeting with Sri Lanka.

All-rounder Jason Holder is key for the West Indies with bat and ball while Test vice-captain and opener Kraigg Braithwaite leads a young top order. Shimron Hetmyer is an exciting middle-order batsman while Sheldon Cottrell, Kemar Roach and Alzarri Joseph provide the threat with the ball.

Bet365
Up To ₹4,000 in Bet Credits
Claim Now
T&Cs Apply
Sign up, deposit RS. 400* or more to your account and you will qualify for 15% of that amount in Bet Credits (up to RS. 4,000*) when you place qualifying bets to the value of 12 times your qualifying deposit and they are settled. New customers only, T&Cs apply