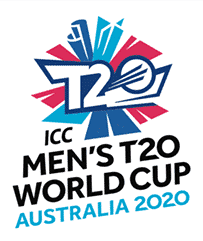 The best match tips, outright tournament betting opportunities and match predictions from the 2020 Men’s T20 World Cup all in one place! From tournament winner to top run scorer and from player of the tournament to top wicket-taker, you can access the best insights as well as the latest bookmaker specials and sign-up offers from a selection of the best bookmakers in the world. Cricket Bet India covers every T20 World Cup match, from the qualifiers through to the final, including match betting, top run scorer and wicket-taker, highest partnership and whether a century will be scored in the match.

16 teams, four weeks, 240 of the best white-ball cricketers on the planet, equals one unforgettable tournament for cricket fans around the world. This October, Australia will host the seventh edition of the T20 Men’s World Cup and if it comes anywhere close to the drama witnessed in India four years ago, it promises to be a tournament not to be missed.

The inaugural tournament was staged in South Africa in 2007, conceived after the growing popularity of Twenty20 cricket which had begun with the Twenty20 Cup in England and spread through the domestic seasons of the other cricketing nations and onto the international stage.

The unpredictability of the tournament is a major part of its appeal, with West Indies the only side to have lifted the trophy more than once while four other nations have gone on to taste success in the competition. The growing popularity of the tournament was no more evident in the television statistics of the 2016 tournament with 730 million in-home viewers watching the 28-day event in India (114% increase on the 2014 tournament), while in the UK, 2.45 million watched England’s agonising loss in the final.

Not only is the race for the title a much-followed event, but the battle to be crowned top run scorer and top wicket taker is also close fought. Indian captain Virat Kohli holds the distinction of scoring the most runs in a tournament with 319 in 2014, and Kohli remains the only player to have been named Player of the Series on two occasions as well, winning in 2014 and 2016. Sri Lanka’s Ajantha Mendis’ 15 wickets in 2012 is the most ever taken in a single tournament.

With a superb T20 record to his name, which includes over 2,200 IT20 runs and 17 half-centuries, Australian opener David Warner is our bet to finish as top run scorer at the 2020 T20 World Cup. After his superb performance at the 50-over World Cup in 2019, Mitchell Starc is also a good bet to pick up the top wicket-taker award.

Unlike the 50-over Cricket World Cup, all ICC full members automatically qualify for the tournament with the remaining places are taken up by Associate Members with places decided through a qualification tournament called the T20 World Cup Qualifier.

The T20 World Cup Qualifier sees 14 teams split into two groups of seven with the teams playing each other in a round-robin format. The six teams finishing highest in the qualifier tournament joined Sri Lanka and Bangladesh in the first group stage of the 2020 ICC Men’s T20 World Cup.

The 2020 T20 World Cup will be split into three phases, the first phase will see Sri Lanka and Bangladesh battle it out with six associate members for the opportunity to join the top six ranked ICC teams, plus West Indies and Afghanistan, in the main competition. This phase sees the eight sides split into two groups of four with the top two in each group advancing.

In the second phase – known as Super 12 – the 12 remaining teams play each other in a round-robin format over three weeks with the top two in each group advancing to the semi-finals. In the semis, the top two in each group will play the second place team in the other group for a chance to be crowned 2020 World T20 Champion at the Melbourne Cricket Ground on 15 November.

In-play betting from every game of the qualifiers through to the T20 World Cup final will be available on the site.

Despite their success in the 50-over format of the World Cup, Australia are yet to get their hands on the World T20 trophy although in 2010 they were runners-up after losing to England. On home soil they will fancy their chances to taste success for the first time, to bet on them to do so, click here.

The ever-improving Tigers are a tough team to handle in any conditions with the likes of Tamim Iqbal and Shakib Al-Hasan in their ranks. Despite taking part in every competition since the World T20’s inception, Bangladesh are yet to reach the knockout stage and didn’t even manage a win in 2014 or 2016.

The 2010 champions were six balls away from a second title in 2016 but lost to the big-hitting West Indians. Those tournaments remain the only two times England have reached the knockout stages but with some of the finest white-ball players in their squad, they will be amongst the favourites heading to Australia.

Winners of the inaugural tournament after a 5-wicket win over rivals Pakistan in Johannesburg, India sit third in the T20 rankings and were semi-finalists on home soil four years ago. With spin so important in the shortest form of the game, India will certainly be amongst the favourites to lift the trophy in 2020.

Semi-finalists on two occasions, the Blackcaps are another side yet to truly make their mark on the T20 game. Prior to their semi-final defeat to England four years ago, New Zealand were four wins from four in the group stage which included crushing wins over India and Australia. Always a dark horse, never write them off.

For the first four World T20 tournaments Pakistan tasted plenty of success. Runners-up in 2007 was followed by victory in England two years later before semi-final defeats in 2010 and 2012. T20 is their strongest format as they sit fourth in the world rankings so they could well be a side to look out for in the betting.

Perennial underachievers on the global stage but the Proteas do have a couple of semi-final appearances to fall back on, first in 2009, then again in 2014. The conditions in Australia are likely to suit them and with pace bowlers galore and big-hitting batsmen such as Quinton de Kock and David Miller, they will cause some upsets.

Sri Lanka are one of the tournament’s most successful teams having reached the final on more occasions than any other team. Unfortunately for them only one of those visits resulted in victory when they were winners in 2014. Since then they’ve dropped to seventh in the world rankings and are unlikely to come out on top this year.

With two victories to their name, West Indies are the only nation to have ever lifted the trophy on more than one occasion however both wins have come on the subcontinent, first in 2012, then in 2016. The holders are better than their T20 ranking of ninth but need to show more consistency if they are to challenge for the title.

Bet365
Up To ₹4,000 in Bet Credits
Claim Now
T&Cs Apply
Sign up, deposit RS. 400* or more to your account and you will qualify for 15% of that amount in Bet Credits (up to RS. 4,000*) when you place qualifying bets to the value of 12 times your qualifying deposit and they are settled. New customers only, T&Cs apply