Raina: I left the IPL to be with my family 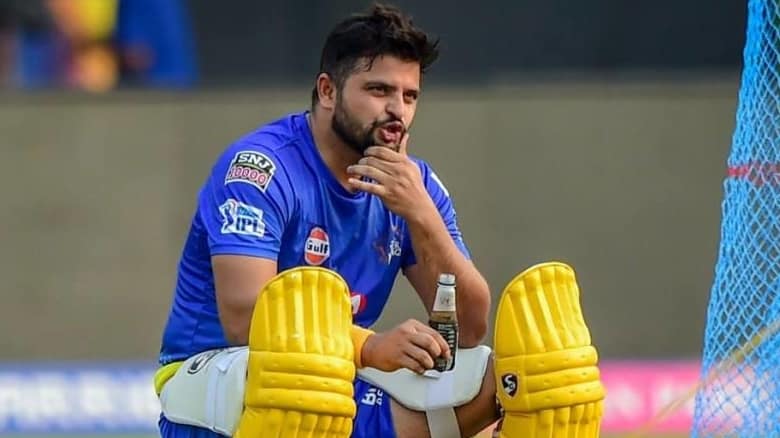 Suresh Raina has explained his decision to leave the Chennai Super Kings camp and rule himself out of this year’s IPL.

The left-handed batsman has been an ever-present in the IPL since its inception, but shocked fans and pundits alike last week when he left the team camp in the UAE after it was reported that a number of players had tested positive for Covid-19.

It was confirmed by the CSK chief executive, KS Viswanathan, that Raina had left for personal reasons following reports that as many as 13 members of the travelling part had tested positive, meaning a two-week period of isolation was required before returning to training.

Suresh Raina has returned to India for personal reasons and will be unavailable for the remainder of the IPL season. Chennai Super Kings offers complete support to Suresh and his family during this time.

Speaking to Outlook India, Raina said: “When the bio-bubble is not safe how does one take a chance? I have a family with two little kids – his son was born in March this year – and elderly parents. For me returning to the family was more important.

“It was a tough decision. CSK is also like my family but when the face of my kids surfaced in Dubai and the COVID situation was not looking good, I decided to return.”

However despite initially being ruled out of the remainder of the tournament, he added: “I am a CSK player forever. If the situation gets better in Dubai, I may even return. The door is not closed on me.”

Raina’s absence will leave a big hole in the CSK batting lineup, where he has been a constant in the 12 years of the IPL, making 193 appearances, averaging over 30 with a strike rate of 137.14 – while also chipping in with 25 wickets.

So how can they replace him?

For the first time, Pathan finds himself without a franchise having not been picked up at the auction. He is one of the few players that can rival Raina for experience having made 174 appearances, but at the age of 38 and with diminishing returns in recent years questions remain over his ability to deliver consistently. He has an IPL career strike-rate of 142.97, but is more suited to a lower-order role rather than the middle order position held by Raina, which would prompt a reshuffle from CSK.

It would be a slightly left-field pick to bring 34-year-old Tiwary into the frame, having not played a game at all in 2019 and again going unsold at the auction this year. However he is an experienced campaigner with almost 100 appearances to his name along with several international appearances and an ODI century. He hit a triple ton in the first class tournament at the beginning of the year, so there can be no doubt about his quality, but whether he has the ability to fulfill a similar role to Raina remains in doubt due to a significantly lower strike rate of 116.97 in the IPL.

Possibly the safest option, despite playing just two IPL matches in the past five years. His T20 record generally is nothing to shout about, and he looks set to follow Cheteshwar Pujara in becoming a red-ball specialist, but his class and reliability make him a solid backup. Vihari would have to adapt to a different role to Raina – most likely as a finisher – due to his inability to hit big consistently, but he would be a useful squad addition and wouldn’t let anyone down if given the opportunity.

Raina is not the only player to opt against playing in the IPL this year. Chris Woakes has been replaced at Delhi Capitals by Anrich Nortje due to international commitments, while Adam Zampa has joined in place of Kane Richardson who has pulled out due to the impending birth of his first child.