IPL Auction 2021: The winners and losers 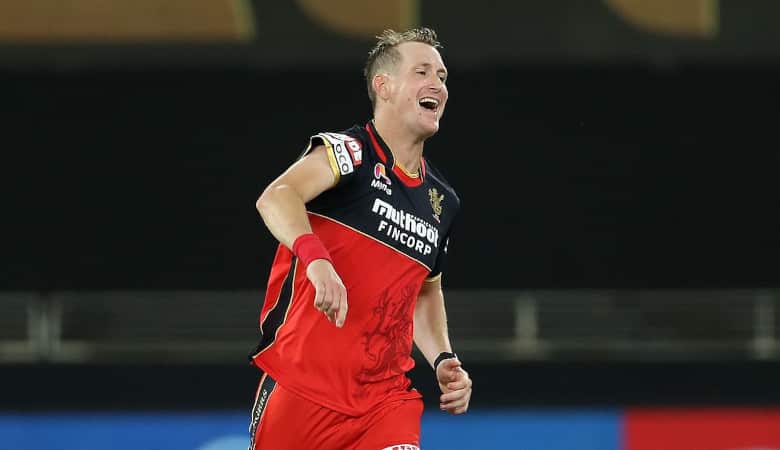 The 2021 IPL Auction took place on Thursday as the eight franchises took their spots hoping to strengthen their playing squads.

Despite concerns over what the pandemic could mean in terms of spending, there was no shortage of drama as records were broken on a busy afternoon on the auction floor.

Here are some of the biggest and most notable deals that happened.

It’s not the first time Morris has become an overnight millionaire or been picked up by Rajasthan Royals, having played for the franchise in 2015 and also attracting a major bid from RCB for last year’s competition. However becoming the most expensive overseas player in IPL history is somewhat surprising given his modest returns with the bat, but as he showed last year, with 11 wickets and an economy of 6.63, he should provide the perfect fast-bowling foil for Jofra Archer and fills a space needed by the Royals.

The New Zealander is relatively fresh on the international scene and saw his price shoot up before he was eventually snapped up by RCB as a like-for-like replacement for Morris. He has just four T20 internationals under his belt and limited experience in the shorter format so it is something of a gamble by RCB, but he will fulfil the role of opening bowler with the ability to strike a few lusty blows late in an innings. His price has largely been dictated by performances in Test cricket against India, so it will be a big challenge to live up to the billing in the IPL.

Despite diminishing returns in the IPL – Maxwell has just 277 runs in the last two seasons combined, and is without a fifty since 2016 – the all-rounder continues to attract major bids. It’s his second seven-figure payout in as many auctions, but RCB will be looking for a better return than he gave Punjab Kings, where he attracted criticism from Virender Sehwag for a perceived lack of professionalism. His addition alongside the likes of AB de Villiers and Virat Kohli does however make for a very exciting middle-order.

Picked on the back of a stellar showing in the Big Bash, Richardson fills the role of overseas pace bowler that the KIngs were desperate to fill and will team up with fellow Aussie Riley Meredith (8 crore). He was the leading wicket-taker with 29 in the BBL, bowling in the opening overs and at the death to highlight his value to a team. If he has overcome some persistent shoulder problems, he could be a good pick and form a potent partnership with Mohammed Shami as the Kings look to add balance to their batting-dominated side.

The 32-year-old spin-bowling all-rounder became the most expensive uncapped player ever as he joined MS Dhoni’s side, who were in need of a refresh following a miserable campaign. He played just two games in 2020 and has played just 24 in total, making him an expensive gamble for the Super Kings, who at that price will expect to make him a regular in the side

On the face of it it looks like a good move for Moeen, who will enjoy the turning pitches of Chennai having shown in the recent Test his ability to take wickets and hit boundaries at the ground. He could be the ideal replacement for Shane Watson and flexibility with the bat could see him bat anywhere in the order.

Billings went unsold at first before being snapped up by the Capitals second time round. He will likely have to play deputy to Rishabh Pant but is a reliable performer in T20 cricket and returns to familiar surroundings in Delhi.

Could the Kings have bagged themselves a bargain? Malan is the current number one T20 international batsman in the world but will find it hard to break into a top order comprising KL Rahul, Mayank Agarwal and Nicholas Pooran. However if given a chance, he could prove to be a valuable acquisition though it is his first IPL experience.

Curran was let go by the Royals last year after a disappointing and expensive few games, but remains a lively and capable death bowler. He will provide cover for Kagiso Rabada and Anrich Nortje while on international duty, but is likely to have to settle for a squad role once again.

Livingstone previously played for the Royals in 2019 but made just four appearances. However he provides depth to cover for Jos Buttler and Ben Stokes and as shown in the BBL over the past two seasons, is as destructive a hitter as anyone. At such a cheap price he is a good pick, but will be frustrated at a lack of game time.

Alex Hales, Jason Roy, Aaron Finch, Adil Rashid and Reece Topley were among the most significant names left out, with opening batsmen largely untouched on the day.