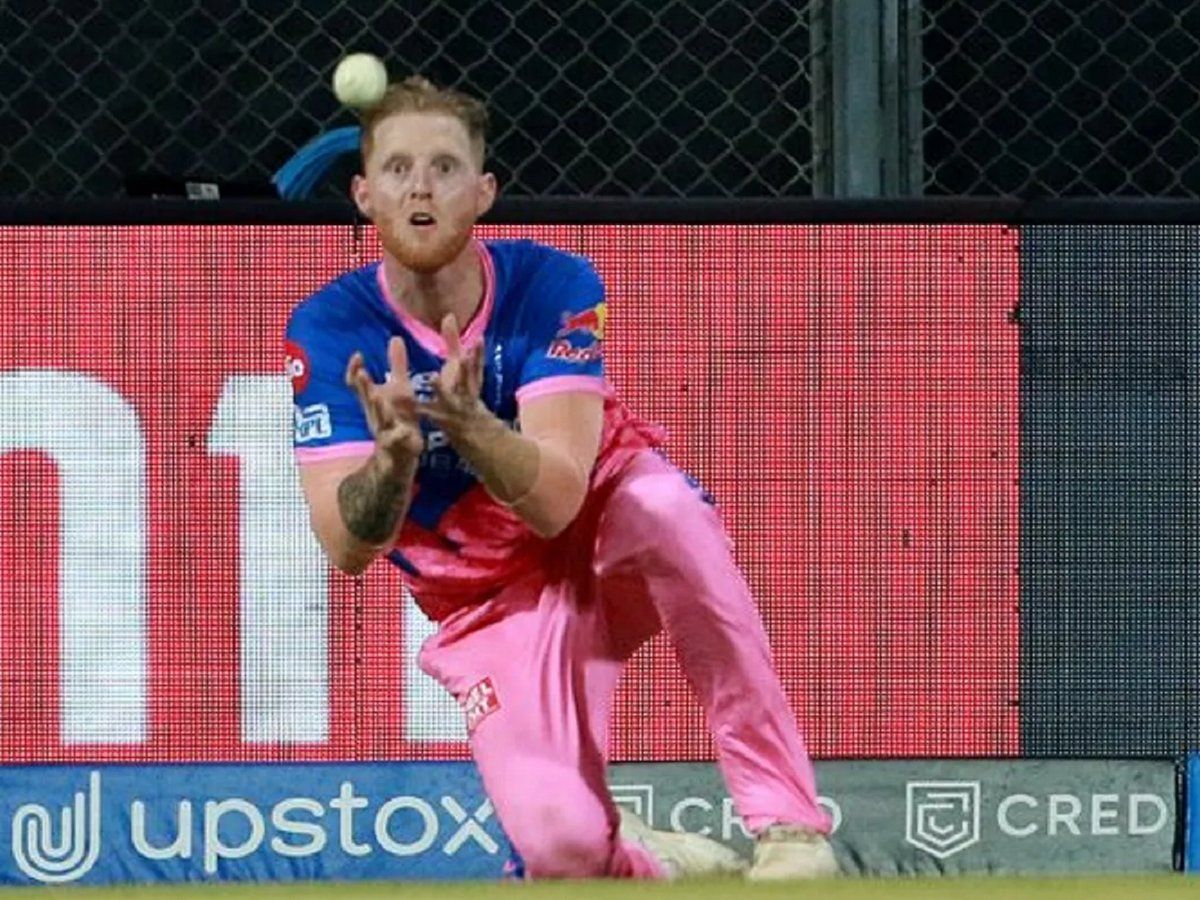 The richest franchise tournament in world cricket is back up and running and the 14th edition of the Indian Premier League is living up to its stratospheric billing.

Punjab Kings’ thrilling four-run win over Rajasthan Royals set the tone, but perhaps the biggest news last week was that Ben Stokes will play no further part in the competition.

The England all-rounder fractured his finger while catching Kings’ Chris Gayle in the deep, and immediately left the field for treatment. He went on to bowl just one over in the innings and was later dismissed for a three-ball duck.

Cricket Bet India takes a look at the second week of IPL fixtures, offering tips on each game in line while the latest odds can be found on Bet365‘s dedicated cricket page, or with Betway.

All eyes fall on Mumbai’s Wankhede Stadium with the Royals carrying the better form into this one, while the Super Kings are still pondering their perfect line-up.

CSK failed to defend 189 against Delhi Capitals when they were well beaten in their opener, but they bounced back with Deepak Chahar’s 4-13 helping them to a thumping six-wicket win over Punjab Kings, the tournament’s first one-sided affair.

The Royals’ campaign has been one of two run chases, the first an ultimately unsuccessful pursuit of 222 in a nail-biter against Punjab Kings – but with captain Sunju Samson scoring 119 from only 63 balls.

The second saw the Royals beating Delhi Capitals by three-wickets, having been reduced to 42 for five, at one stage requiring 12-an-over for victory!

David Miller’s 62 from 43 balls (7×4, 2×6) and the IPL’s most expensive player ever Chris Morris finishing with four sixes in his breathtaking 36* from 18 balls, seeing them to a quite remarkable victory.

While much of the focus will be on the battle of the top orders; Ruturaj Gaikwad and Faf du Plessis facing-off against Jos Buttler and Manan Vohra, Miller, a straight swap for the injured Stokes, could once again be the one to watch.

Delhi Capitals take on defending champions Mumbai Indians in what, on paper, looks set to be another thriller.

Both sides have won two of their three opening IPL fixtures.

Delhi produced a dominant display against Chennai Super Kings, lost to Rajasthan Royals by three wickets, and then saw off Punjab Kings by six wickets in their most recent outing.

Mumbai, meanwhile, lost their opener against Royal Challengers Bangalore, but have since beaten Kolkata Knight Riders (by 10 runs) and Sunrisers Hyderabad (by 13 runs).

Delhi opener Shikhar Dhawan smashed 92 from just 49 balls (13×4, 2×6) against Kings – 186 in his three knocks thus far, but batting depth was always going to be a problem for the Capitals. If Dhawan doesn’t fire, then who does?

In comparison, Rohit Sharma, who on Saturday became the leading Indian six-hitter in the history of the IPL, hugely talented Suryajumar Yadav, and an in-form Quinton de Kock, are all capable of taking the game by the scruff of the neck.

The Punjab Kings have yet to find any real consistency with the bat.

Having put in a superb batting display in their opening game against Rajasthan Royals they only posted 106/8 against Chennai Super Kings and then lost by six wickets with 10 balls to spare against the Capitals last time out.

Mohammed Shami, Riley Meredith and Jhye Richardson are proving too expensive, while an over-reliance on pacer Arshdeep Singh, also leaves when short with the ball.

Sunrisers finished strongly in the 2020 campaign, but have stuttered at the start of 2021 and suffered their third straight defeat at the hands of Mumbai Indians.

Having been edged out by RCB in a low-scoring affair, the Sunrisers choked once again, slumping from 67 for one chasing just 151 for victory to 137 all out against Mumbai.

Will David Warner turn to Kane Williamson for some solidity, if the New Zealand Test captain has recovered from an elbow injury as is anticipated? If Warner and English slogger Jonny Bairstow can start the engine, then Williamson would be the ideal man to stitch their batting line-up together.

CSK has won 14 of 22 in the head to head stakes between these two sides.

KKR were their own worst enemy in defeat to the Mumbai Indians last time out, failing to chase 153 despite looking in complete control at 104 for two at one stage.

Kolkata will be hoping for a big win to kick-start their campaign with a couple of their big-hitters having misfired in the early stages of the competition. With the likes of Andre Russell, Eoin Morgan and Shakib Al Hasan all within their ranks, a good run of form can’t be too far away.

MS Dhoni’s CSK will be hoping to, well and truly, banish any memories of middle-order wobbles and could bring in Robin Uthappa and Cheteshwar Pujara in place of the duo of Ruturaj Gaikwad and Ambati Rayudu – in a bid to shore things up.

CSK will have played at Wankhede Stadium 72 hours prior to this one and, irrespective of the outcome of that particular encounter, they should claim victory here.

Virat Kohli’s Royal Challengers Bangalore have wrongs to right in this season’s IPL, having fallen away at the key moment in last season’s tournament.

This 16th match of the 2021 competition sees Sanju Samson’s Rajasthan Royals, the inaugural IPL champions, take on RCB, who are still chasing that elusive IPL title.

The Royals, who have overhauled their team after a disappointing bottom-placed finish last season, have won 10 of their 23 encounters between the two sides, the exact same number as RCB.

While the critics continue to take aim at Kings skipper KL Rahul for mismanaging his bowlers, a clear lack of strategy, and his suitability as an opener, to describe Anil Kumble’s men as a work in progress, would be an overstatement.

Nonetheless, a 13th win against Mumbai would be a huge boost to the group’s confidence, and leave them one away from tying things up in the head-to-head stakes.

Mumbai Indians, who won by 48 runs when the pair last met in 2020, still have some convincing to do if they are to be considered anything like serious contenders.

The Royals finished bottom of the 2020 competition, but after a change in coach and captaincy, they should be pencilling in a win against Eoin Morgan-led KKR if they are to go on and secure an elusive play-off berth.

With Samson and Morris in form and others a year older and wiser, RR look better equipped to perform this time around.

As for KKR, they will be looking to extend their 11-10 lead in the head-to-head stakes.

CSK has dominated affairs, winning 17 of the previous encounters between the two. For the last two seasons the spoils have been shared with one win apiece in 2019 and 2020 respectively. For CSK though, the task is to turn the flashes of brilliance we have seen over the past few seasons into something like a consistent push for honours.

For three-time runners-up RCB, the key to their progress will be the momentum of AB de Villiers and Glenn Maxwell, who on their day, are both capable of taking the game away from any opposition.

The Sunrisers have won 11 of the previous match-ups, while DC has just seven victories to its name.

The Capitals have shown lots of promise in recent years and have qualified for the play-offs in both of the last two seasons. At DC’s core is a talented group of promising youngsters, which has the potential to take the IPL by storm in the not too distant future.

This will be a good yardstick for them as they go up against some of the game’s heavyweights, who have been there, done that and got the match jersey. It definitely has a master versus apprentice feel and it could be a game of huge significance for David Warner’s side.