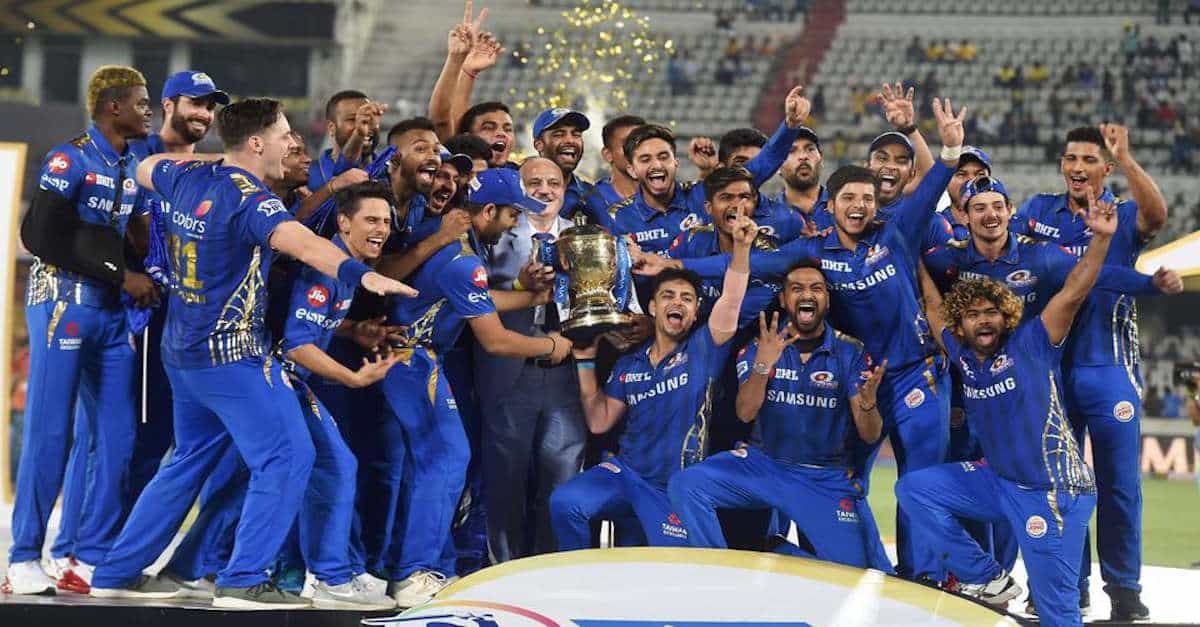 Back in December 2019, as the myriad of global tycoons and celebrities that make up the Indian Premier League came together in a Kolkata banquet hall to battle it out to win the services of the world’s finest cricketers, no one would have predicted that just around the corner an unseen killer was about to derail the season.

Here we take a deep dive into the effect of COVID-19 on the 2020 IPL season, examining where the tournament’s revenue will suffer the most and explore scenarios that could see the tournament return later in the year.

Four months on from the IPL auction – where a massive Rs 1.4 billion was shelled out by the eight teams – March 29 should have seen a capacity crowd flock to the Wankhede Stadium on the IPL’s opening night to witness holders Mumbai Indians take on the Chennai Super Kings. Millions more would have been watching on TV, but instead, for the first time in 12 years the threat of a year without IPL action is a distinct possibility.

Initially, global travel restrictions brought about by the COVID-19 pandemic meant that a potential start date for the 2020 IPL was pushed back until mid-April, but after India was forced to extend its lockdown beyond the initial May 3 deadline, the chances of the IPL taking place during its regular summer window evaporated.

With the Indian Premier League fast becoming one of the most valuable events on the global sporting calendar, the possibility of a year without IPL cricket is an unpleasant thought for those heavily involved financially.

To put the potential impact of that into perspective, the IPL accounts for a massive 80% of the nation’s sports consumption and would therefore have a huge impact on the economy. For certain brands, the seven weeks of IPL action are vital to their business with advertising during the tournament the biggest opportunity to make profit.

However despite concerns over the long-term future of other sports affected by the crisis, chairman of Delhi Capitals, Parth Jindal, says: “This year will be painful in terms of our ownership of the franchise if the IPL doesn’t happen. However, the long term value of the IPL is very much intact.”

Who gets hit hardest?

Host broadcasters Star Sports – who shelled out more than $220m per year on an average for five years of TV rights up to 2022 – were estimating revenue in excess of $400m from the 2020 tournament alone, with BCCI treasurer Arun Dhumal admitting: “The BCCI is looking at a big revenue loss. In case the IPL does not take place, the loss would be close to 40 billion rupees ($530 million).”

The franchises themselves have seen substantial growth in value over the past decade. Chennai Super Kings’ brand value has risen by 90% from $39m in 2009, Mumbai Indians’ is up 24% while Delhi Capitals are now the fastest growing IPL franchise with a value of $54m, but driving further revenue could be difficult with no live action on the horizon.

It means there is a real urgency from the eight franchises to lessen the impact of COVID-19 on the IPL season in order to protect themselves and continue the remarkable growth of a competition that has been the inspiration behind several copycat tournaments around the world – such as the Big Bash League, The Hundred and the Caribbean Premier League.

The rise of the IPL is summed up by director of Brand Finance Savio D’Souza, who said: “The IPL continues to exceed expectations for its players, franchises, team sponsors, and give a boost to the Indian economy. Its popularity has prompted a strong desire from other cricketing boards to replicate the success such as the England and Wales Cricket Board’s newly announced The Hundred.”

Despite the rapid growth of the IPL, it is still some way behind other major sporting competitions and teams but is catching up, and is predicted to surpass Formula 1 in terms of brand value within the next decade.

F1 would have celebrated a 70th season in 2020 and is valued at $8bn, but the average growth of 11% of the IPL in just 11 years marks it out as a fast-moving global competition.