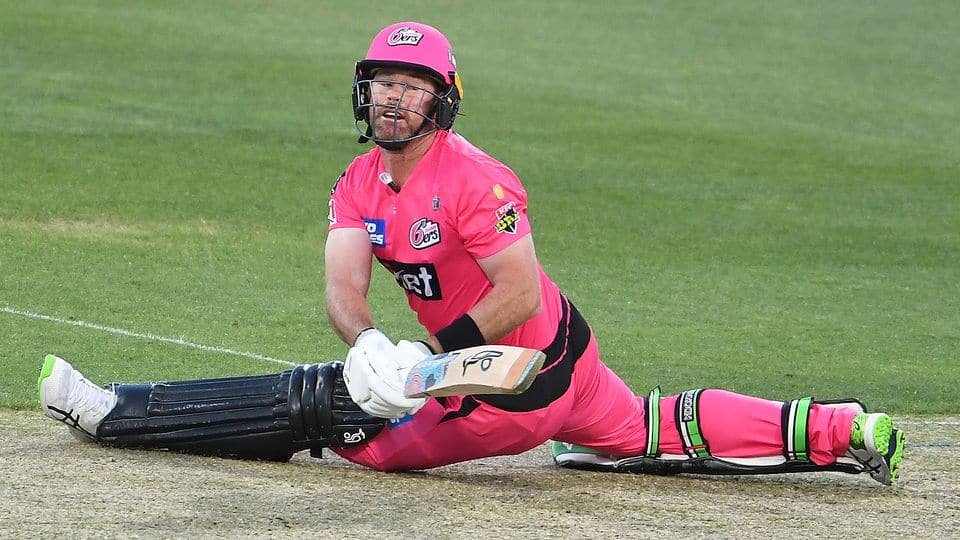 And so to part two of Boxing Day Big Bash action.

Last year’s finalists go head-to-head at Carrara! Both sides have made strong starts to BBL|10 and both look to be hitting their straps. This should be a recipe for some shootout!

A BBL|10 addition for the Sixers, Dan Christian, proved his worth last time out with a scintillating 16-ball half-century against Adelaide Strikers – the second fastest 50 in BBL hostory. His timing of the ball and ability to effortlessly generate power stood out, but his contribution with the ball was just as impressive. Don’t believe us? Just take a look below.

Christian is more than deserving of his status as one of the best all-rounders in the Big Bash League and titles seem to follow him around. The Sixers will be hoping that trend continues in BBL|10.

The mark of a good side in the Big Bash League is that there’s always somebody willing to stand up and take each game by the scruff of the neck. Any number of the Sixers squad are capable of doing just that. It provides them with the necessary adaptability required to challenge.

Wily spinner Steve O’Keefe is well used to strangling opposition batsmen and turning the screw in those pivotal middle overs, but will it be enough to contain a pretty formidable looking Stars middle-order, led in chief by Glenn Maxwell?

This is where the game will be won and lost – more than likely in the blink of an eye.

Opener Marcus Stoinis will have fond memories of this particular fixture. He walloped an unbeaten 147 in the corresponding match-up last year and will be looking to make another hefty contribution with the bat this time around. Will he reap the rewards of his recently adopted, ultra-aggressive approach?

The Stars are the only unbeaten side in the competition, but we feel their bowling attack has yet to face a stern test, with shortcomings yet to be exposed. We’re leaning towards the Sixers in what should be a Christmas cracker decided by the ‘the barest of margins’.

Having plundered as many as five sixes in his record-breaking, big-hitting exhibition for the Sixers last time out, we’re confident he’ll be a big run contributor for the Sixers.

The enigmatic dynamo that is Glenn Maxwell is good value to lead the line for the Stars in what looks set to be a blow-for-blow encounter. Does he have a point to prove following a lean IPL 2020? Will he choose this stage to make it?