Sammy asks for apology following alleged racism in the IPL 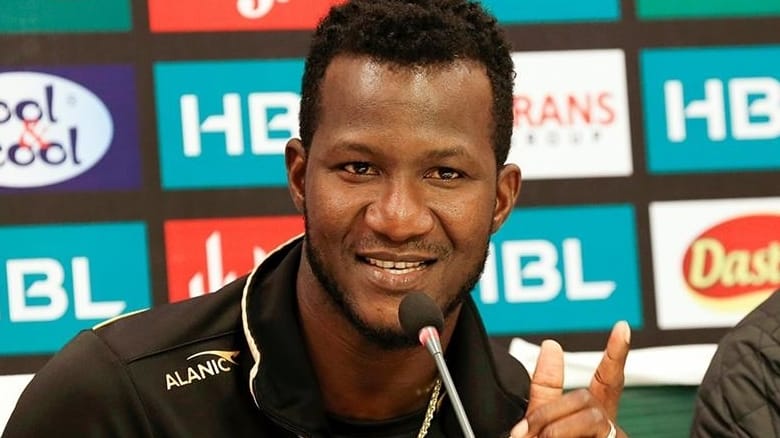 Former West Indies captain Daren Sammy has called on his former teammates to apologise, after alleging that he was a victim of a racial slur in the IPL.

In a video posted on his Instagram account, Sammy, who has played for three IPL franchises, claims he was called “kaalu” during his time at Sunrisers Hyderabad – a term which is Hindi slang for black.

Sammy admits he did not know the true meaning of the word at the time, but has admitted his anger after recently becoming aware of the potential discriminatory connotations and called on his former teammates to reach out to him and apologise.

“I wanted to address something,” he said. “I have played all over the world and been loved by many people and I have embraced all the dressing rooms I have been in, but I wanted to quickly say this: I was listening to Hasan Minhaj (an Indian-American comedian) talking about how some of his people in his culture view or describe black people.

“Now that doesn’t apply to everybody, but I will say this because it is something I have experienced.

“I was angry after listening to him describe a word that they used to describe black people, which he was saying is not in a good way, and it was degrading.

“Instantly I remembered when I played for Sunrisers Hyderabad in 2013 and 2014 – I was being called the exact same word that he described, that was degrading to us black people.”

So recently I discovered a word that I was being called was not what it actually meant I need some answers. So before I start calling out names I need these individuals to reach out and please tell me there’s another meaning to that word and when I was being called it,it was all in love. #blackandproud #blackandconfident #clarasboy #saynotoracism #stopracism #cricketer #stlucia

Sammy’s message comes following the murder of George Floyd by a policeman in the United States in May, an event which has sparked global protests against the injustices faced by black people around the world in all walks of life.

The all-rounder, who captained the West Indies in all formats in his career and won two T20 World Cups at the helm, called on his former teammates to reach out to him to discuss the issue, while also alleging that Thisara Perera was victim to similar slurs.

“I will be texting you guys,” he went on. “And asking you guys, when you repeatedly called me that word over and over again, did you mean it in any way shape or form as a degrading word to me? Because that is very important.

“I have always been one to build up the relationships and build up a team, not bring it down. So all those who used to call me that, you know who you are and you have my number, or can contact me on Instagram, on Twitter or whatever.

“Reach out to me and let’s have a conversation because if it was in any way shape or form what Hasan Minhaj said it meant, I am very disappointed and I will still be angry and deserve an apology, because I saw all of you guys as my brothers.”

He added: “So please talk to me and clear the air. This is why it is important to take a stand against all the racial injustice against any human being – it is not accepted.”

Good article! We will be linking to this great content on our website.
Keep up the good writing.