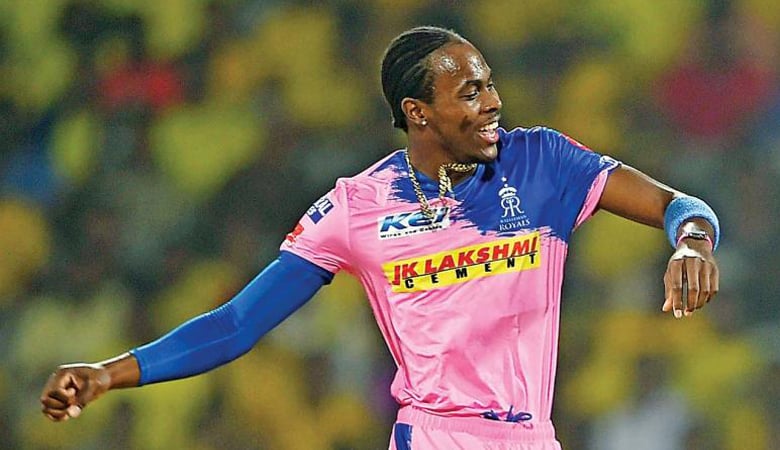 Jofra Archer was crowned MVP and selected in the 2020 IPL Dream Team on Tuesday night after Mumbai Indians claimed their fifth title by beating Delhi Capitals by five wickets.

The England fast bowler starred with both bat and ball in a struggling Rajasthan Royals side that finished bottom of the table, but was still crowned Most Valuable Player in the six-week tournament.

His haul of 20 wickets, tally of 15 boundaries and miserly economy rate of just 6.55 was enough to see him finish with more IPL Fantasy points than Purple and Orange Cap winners Kagiso Rabada and KL Rahul respectively, but who were the other stars of the show?

Cricket Bet India has picked out its own IPL Dream Team XI based on performances from the UAE.

An unpredictable season for the opener that saw him notch four half-centuries, two centuries (the first man to do so back-to-back in the IPL) and three ducks, but culminated in 618 runs at a strike rate in excess of his career record. Easily his best IPL.

The Orange Cap winner after leading from the start, his high point came with a brilliant 136* against RCB but so often was unable to lead his side to victory in the early stages. A total of 670 runs represents a brilliant return for a captain and wicketkeeper, but a SR of 129.34 can be improved upon.

A man who oozes class in the middle, Yadav is possibly one of the best uncapped batsmen around. His 480 runs was bettered by a few, but a SR of 145 and big-game temperament made him a vital cog in the Mumbai side.

Stoinis gets one of our all-rounders slots after a consistent campaign that saw him deliver 352 runs and 13 wickets as the Capitals made it to their first final. What the statistics don’t tell you is that when Delhi needed inspiration, he was often the man who delivered.

Despite being unable to bowl due to injury, Hardik still managed to leave a mark on the 2020 IPL due to the ferociousness of his late-order hitting. Perfectly suited to hitting out in the death overs, Hardik hit 281 runs at a SR of 178.98 with 25 sixes, and his 37 off 14 balls against Delhi in Qualifier 1 was critical to Mumbai’s qualification to the final.

Axar might not be the most fashionable pick, but he is the kind of player needed in every side. His bowling was miserly more than threatening – he picked up 9 wickets but had an economy of 6.41 – but often bowled in the Powerplay overs and at times proved capable of useful late order runs for the Capitals.

One of the easy picks. Archer was it his best this year, bowling with pace, hostility and personality on his way to 20 wickets, 175 dot balls in total (no one else got more), an economy of less than 7 and a habit for picking up early wickets. Add in his 10 lower-order sixes and you have got the perfect T20 bowler, even in a struggling Rajasthan side.

It was a different kind of year for Rashid, who often found opposition batsmen happy to sit in against him rather than risk their wicket. However like all world class operators, he found a way around that to finish with 20 wickets and an economy of an incredible 5.37. He remains Sunrisers’ trump card.

After being narrowly pipped to the Purple Cap last year, Rabada made sure he went home with it this year with 30 wickets in total. He led the Capitals attack throughout, often bowling the tough overs at the death, and came up trumps in Qualifier 2 with a four-wicket haul against RCB to lead his side into a final.

Just about holds his place ahead of team-mate Trent Boult, who would have been picked but for the overseas player limit. As a pair they were always threatening with the new ball, but its at the death when Bumrah comes into his own and again he proved it with 27 wickets and an economy of just 6.73 – which is staggering considering the times at which he bowls.