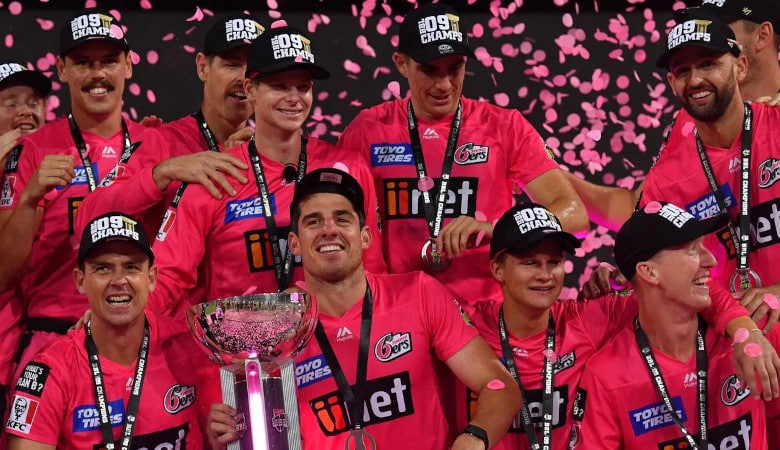 One of the world’s biggest T20 tournaments is just days away from getting underway so Cricket Bet India has taken a look at some of the leading markets available to bet on.

CBI will be producing daily match predictions and the hottest Big Bash betting tips across the market to give you the best chance of making money out of two months of non-stop entertainment.

So, which of our betting partners are offering the best value in the Big Bash?

All of our partners have Melbourne Stars as the clear favourites to win the Big Bash for the first time in their history, despite a run of near-misses which has seen them come runners-up two years in a row.

Adelaide Strikers and Perth Scorchers are believed to be fighting it out for second place – with Betway offering the best odds – while reigning champions the Sydney Sixers can be found at odds of 11/2 with Unibet or Funbet.

Cricket Bet India tip: The Stars have a very strong squad and with no international commitments to worry about and a strong overseas contingent, they will almost definitely be there or thereabouts but Melbourne Renegades are good outsiders and with their batting arsenal don’t expect Sydney Thunder to be as far out as many expect.

Marcus Stoinis was voted as player of the tournament last year across the board such was his prolific form with the bat that saw him rack up 705 runs, and he is again backed to be up at the top of the charts.

He will be available for every game – fitness permitting – and along with D’Arcy Short has odds ranging from 5/1 to 6/1 to score the most runs.

Cricket Bet India tip: Aaron Finch has been in great form since landing back in Australia after a troubled IPL. Bubble fatigue could end up being an issue, but time and again he has produced for the Renegades and he will lead from the front again. Alex Hales is another player to keep an eye out for, along with the leading T20I batsman Dawid Malan.

Daniel Sams had a career-defining season last year, claiming 30 wickets that led to an IPL contract and international recognition, and despite Sydney Thunder not being fancied to do well, he is backed by three of the bookmakers to lead the wicket-taking charts again.

Unibet are comfortably the leaders in this market with the longest odds on each of the top five bowlers in the list.

Cricket Bet India tip: With quite long odds, this is a very attractive market but with a lot of competition to choose from. Riley Meredith and Adam Milne stick out as two attractive outside bets in the fast bowling department, while Rashid Khan and Adam Zampa are likely to be the leading spinners.

Each of our partners have different markets on offer over the next few months while the tournament is on, offering a range of values and opportunities to win money.

Here is a break down of how many different markets are available for you to utilise our Big Bash betting tips on:

You can read up on what the different markets mean and how you can use them to your advantage in our Free Cricket Betting Tips guide.