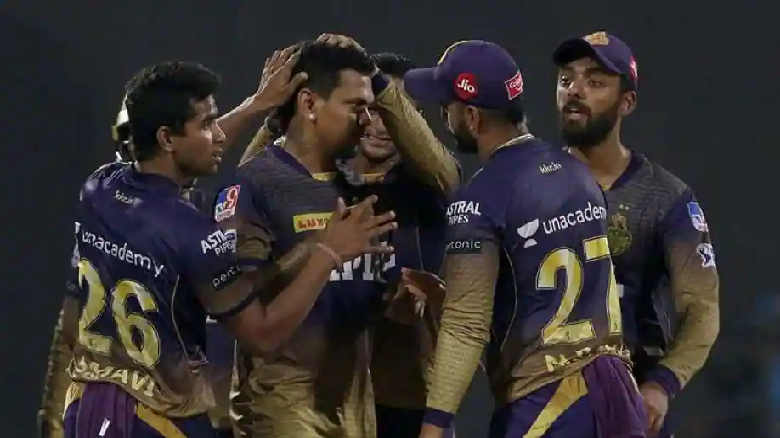 Kolkata Knight Riders face off Delhi Capitals in qualifier 2 match at Sharjah International Cricket Stadium on Wednesday. It’s a must-win encounter for both sides as the losing side will get knocked out of the tournament. KKR have the momentum on their side. Eoin Morgan and Co. are coming off an outstanding 4-wicket win over RCB in the Eliminator clash. Sunil Narine starred for them with both bat and ball.

He took four crucial wickets, including the big wickets of AB de Villiers, Virat Kohli and Glenn Maxwell. The West Indies spinner never allowed RCB to up the ante in the middle overs and as a result of that, RCB could only manage to score 138 runs in the first innings. He was then sent up the order in the second innings in a bid to decrease the required run rate. He hit three sixes in a single over off Daniel Christian to take the game away from Kohli and Men.

The other two KKR spinners, namely Varun Chakravarthy and Shakib Al-Hasan were equally effective, although, they couldn’t pick a lot of wickets. Lockie Ferguson was brilliant in both the powerplay as well as the death overs. Shivam Mavi though missed his lengths on several occasions and thus proved a bit expensive.

KKR got a great start from Shubman Gill, who scored a quickfire 29 off 18. He has been in sensational form and will once again be the man to watch out for on Wednesday.

Facing them are the Delhi Capitals, who are coming into the contest on the back of a heart-breaking defeat at the hands of Chennai Super Kings in Qualifier 1 on Sunday. Delhi Capitals notched a winning score of 172 runs in the first innings. Prithvi Shaw gave them a fine start as he scored an outstanding 60-run knock off 34 balls.

Delhi lost track in between, however, a crucial partnership between Rishabh Pant and Shimron Hetmyer helped them reach a good score in the end. Their bowlers, however, failed to pick wickets and also gave plenty of runs. Delhi has one of the best bowling units in the league but didn’t live up to the expectations in the last game.

Rishabh Pant would also be disappointed to not have given the final over to Rabada. Tom Curran took three wickets in the last game and thus is likely to be retained as the fourth overseas player in the playing XI.

Shubman Gill has two half-centuries in the last three games. He looked daunting during his 18-ball 29 in the last game. His sensational form with the bat makes him the go-to player in KKR’s batting unit.

Sunil Narine to pick the most wickets for KKR in the match: 3/1 @Betway

Sunil Narine outfoxed RCB’s best batsmen in the last game, finishing with figures of 4 for 21 in 4 overs. One could expect him to replicate a similar performance on Wednesday.

Prithvi Shaw will be the man to watch out for on Wednesday. He played a sensational knock of 60 runs off 34 balls, including 7 fours and 3 sixes the other day against CSK. He would be excited to face Ferguson and Mavi in the powerplay.

Avesh Khan to pick most wickets for DC in the match: 100/30 @betway

The last time Delhi Capitals played against KKR, Avesh Khan finished with 3 wickets for 13 runs in 3 overs. He has been the wicket-taker-in-chief for Delhi Capitals this season, having managed 23 wickets in 15 matches 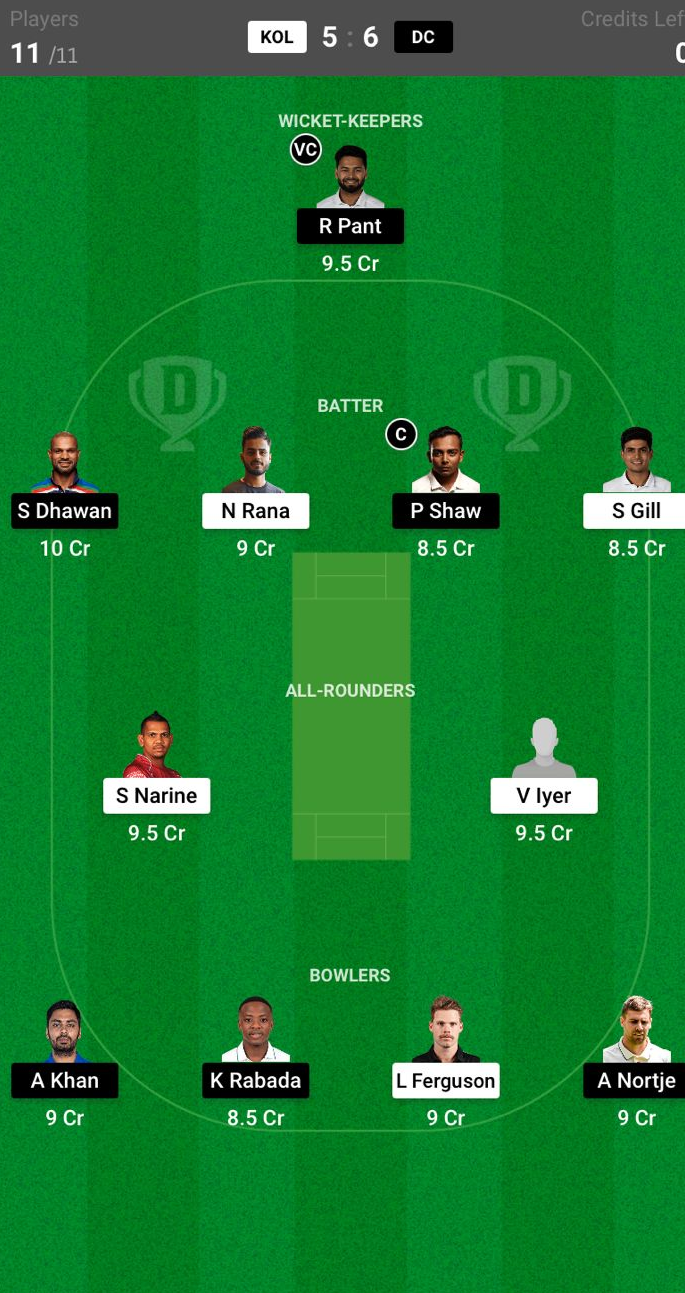 Prithvi Shaw, Shubman Gill, Shikhar Dhawan are all great picks to have as your skipper. All are in top form with the bat.

As for the vice-captaincy, you could go for Rishabh Pant. He has played a few great innings in the second leg of IPL 2021 and has been in top form with the bat.