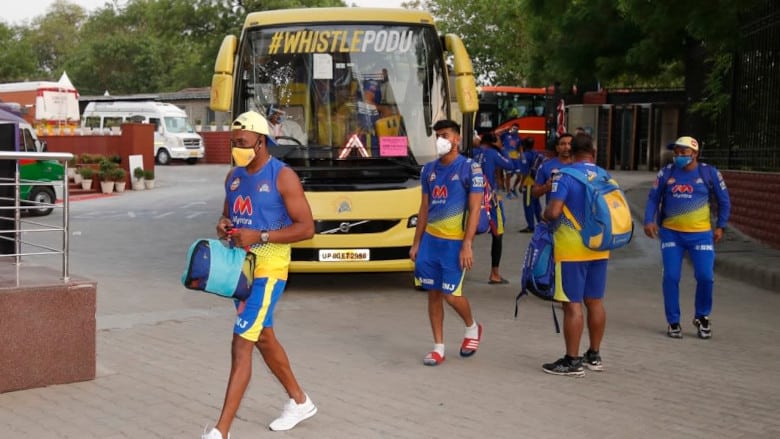 The 2021 IPL has been postponed with immediate effect following an outbreak of COVID-19 across various camps.

The game between Kolkata Knight Riders and Royal Challengers Bangalore was postponed on Sunday after two players tested positive for the virus before Wriddhiman Saha also returned a positive test to force Sunrisers Hyderabad v Mumbai Indians to be called off on Monday.

With India in crisis as it attempts to deal with the pandemic and rates rocketing around the country and death toll piling up, the IPL and BCCI announced a unanimous decision to postpone the 2021 IPL with immediate effect.

A joint statement read: “The BCCI does not want to compromise on the safety of the players, support staff and the other participants involved in organising the IPL. This decision was taken keeping the safety, health and wellbeing of all the stakeholders in mind.

UPDATE: The Indian Premier League Governing Council (IPL GC) and Board of Control for Cricket in India (BCCI) in an emergency meeting has unanimously decided to postpone IPL 2021 season with immediate effect.

“These are difficult times, especially in India and while we have tried to bring in some positivity and cheer, however, it is imperative that the tournament is now suspended and everyone goes back to their families and loved ones in these trying times.

“The BCCI will do everything in its powers to arrange for the secure and safe passage of all the participants in IPL 2021.”

The tournament had come in for criticism from some quarters for carrying on in such difficult circumstances, with some overseas players making the decision to withdraw from the competition and fly home but Australian players who opted to stay have been prevented from flying back to their home countries following the restrictions put in place by their government.

Ravi Ashwin was the highest profile domestic player to leave the tournament bubble to spend time with his family.

Delhi Capitals are currently top of the table having played eight games and winning six, sitting two points above CSK and RCB having played a game more.