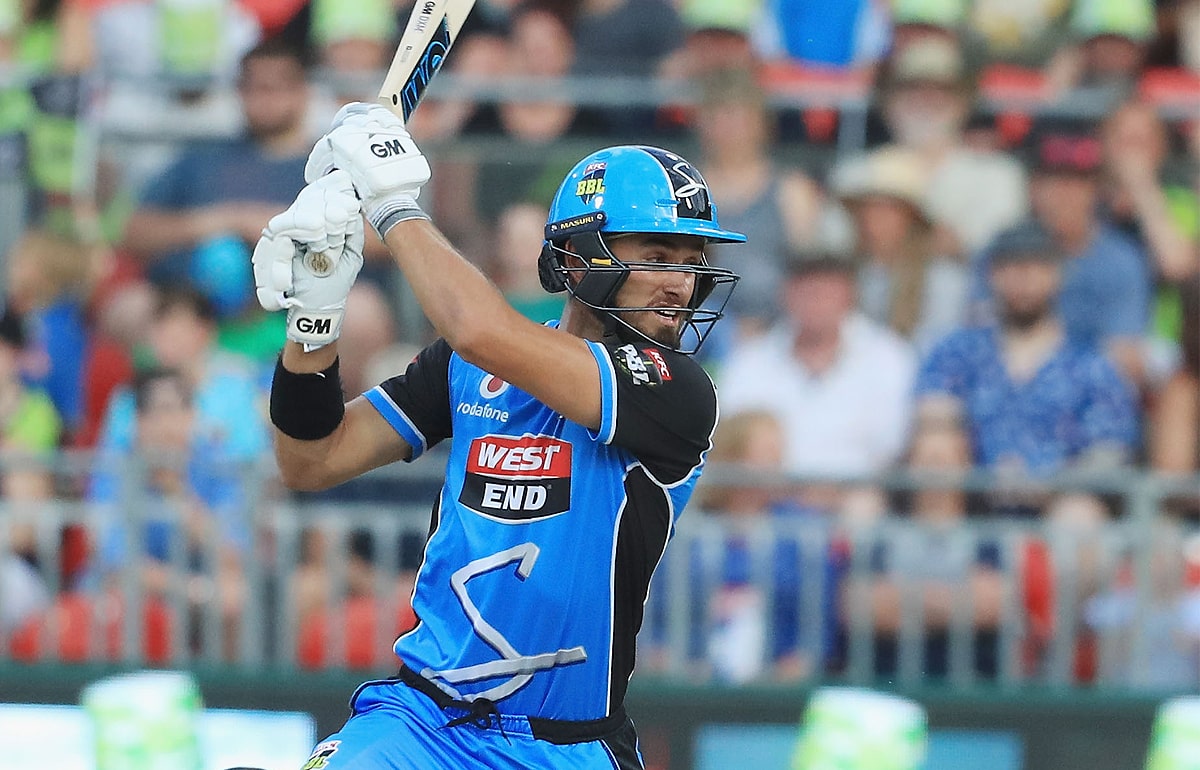 There’s no doubt about it – Brisbane are struggling to get going right now. They’re still searching for their first win of the season! But should they panic? After all, this is only the 13th match of BBL 2020. There is time yet for them to click.

After a miserly showing in their opener against Melbourne Stars, they then went on to blow a great position against Sydney Thunder last time out. Chris Lynn led the way in that encounter with 69 from 44 deliveries as the Heat posted 178-6. With their opponents at 22-3 at one stage, the Thunder were let off the hook and Brisbane contrived to throw it away with some lacklustre bowling and poor game management; Daniel Sams thumping a match-winning 65*.

Similarly, Adelaide will feel as though they were the architects of their own downfall in their most recent showing, with Dan Christian’s knock of 50 from just 16 balls and figures of 4-0-25-1 turning that tie on its head.

The Strikers looked in command with the Sixers 116-4 and just over five overs remaining, but Christian’s explosive smash-and-grab approach with the bat saw them to 177-5. That momentum shift proved costly and, in truth, the Strikers never looked likely, ultimately falling 38 runs short.

Can Brisbane conjure a complete performance? We’ve certainly seem glimpses! They haven’t played in over a week now and there’s no doubting that a lot of hard work and soul searching will have gone on during that period. On paper their frailties with the ball in hand look set to hinder them greatly in BBL|10, their showing against the Thunder the perfect example of that.

The Strikers won’t be too disillusioned with their defeat to defending Champions Sydney Sixers last time out and perhaps this one comes at just the right time.

They have five points from three games, but the absences of stand-in skipper Alex Carey and Harry Conway, owing to border restrictions, will make this a more even contest at The Gabba on Wednesday.

The battle between Rashid Khan and Mujeeb Ur Rahman, the World number one and two ICC ranked bowlers in T20 cricket, makes this match-up as mouth-watering as they come!

But we’re calling that the Strikers will make further inroads into finding and executing their game plan more consistently, with an efficient and routine win.

One the team news front, Peter Siddle is expected to captain the Strikers in Carey’s absence, with Harry Neilsen taking the gloves.

Jake Weatherald to score most sixes in match – 4/5 @ Betway

Our fancy is explosive left-hander Jake Weatherald to be the match-winner in this contest. With an average of 48 in BBL|10; a total of five sixes in 68 balls, we expect him to light up The Gabba with a flurry of maximums against a mediocre-at-best bowling attack.

Another nod to the batsman, despite a bowler friendly deck.

A defiant Chris Lynn knock could be another good shout! This man has a knack of delivering – even more so when his back is against the ropes – but a half century looks good value with him seemingly on a mission to make amends for his COVID-19 protocol breach earlier in the week.