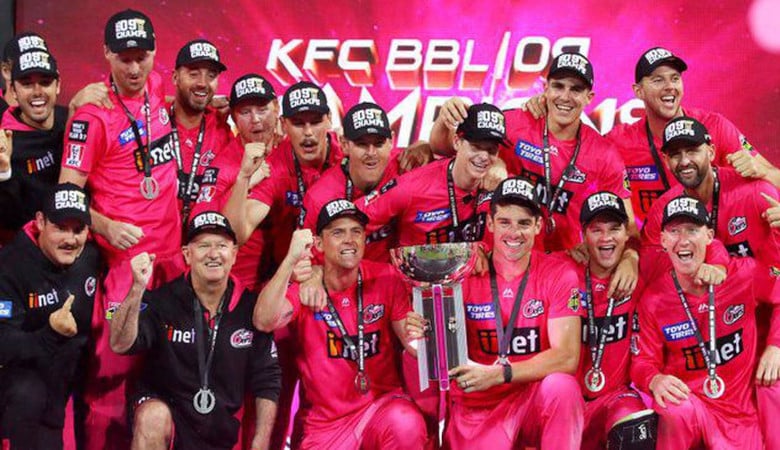 Dawid Malan, Jonny Bairstow and Jason Roy are just three of the big-name players selected to play in the Big Bash this year after teams were allowed to field up to three overseas players at a time.

Cricket Australia upped the quote of foreign stars from two to three per team in an attempt to increase the quality of the tournament, while also covering for the effects of bubble life that will likely be a strain on the players.

Even though the Australia Test players will be unavailable for the bulk of the tournament – they could return for the last three games – there remain plenty of exciting talents on display in the tournament which starts on December 10.

Here, Cricket Bet India picks out some of the best players set to feature in the Big Bash this season.

Currently ranked the number one T20 batsman in the World, Malan was snapped up by the Hurricanes and will join up with the squad around Christmas due to international commitments. Despite being overlooked by the IPL, Malan has cemented himself in England’s white-ball thoughts, with an average hovering around 50 and a strike-rate of 146.66 prior to taking on South Africa following a strong showing against Australia in September.

An exciting signing for all involved, Bairstow brings a wealth of experience, all-round ability and runs to Melbourne as they look for a first BBL title. The Australia wickets should suit his batting and as he has shown in two seasons in the IPL, there is arguably no better and more destructive white-ball opener around at the moment. He could be a huge hit despite a delayed arrival.

Roy has flirted with the Big Bash before, playing for Sydney Sixers and Sydney Thunder in BBL 4, 6 and 7, but has made the move across the country to play with the Scorchers this time. Another who is capable of dismantling any attack in the world, Roy will be looking to improve on a meagre BBL average of 14.33 but his partnership with Liam Livingstone could be dynamite. Will be replaced by Joe Clarke in the early stages of the tournament.

There is not much that needs to be said about the Afghanistan leg-spinner that hasn’t already been said, but he is quite simply the most sought-after overseas player in world cricket. His performances in the IPL were remarkable – 20 wickets at an economy under six – and he is settled in Adelaide where he goes into a fourth season, so expect big things. He has 56 wickets in 40 matches to date, and just keeps on getting better.

The Big Bash has a habit of turning uncapped players into recognised top class stars. Think Jofra Archer, think Joe Denly, think Tom Curran and recently Liam Livingstone, the Big Bash offers players a chance to deliver on the big stage and make a name for themselves, and Will Jacks could be the next to make that list. A tall, big-hitting off-spinning all-rounder, Jacks hit a 25-ball century for Surrey in pre-season earlier this year and currently strikes at 149.34 in T20. His stats are unflattering, but he has the potential to become a very dangerous white-ball player and this could be the perfect stage to announce himself.

Possibly the most exciting signing of the lot. Pooran hits sixes for fun and teams up with IPL team-mate Glenn Maxwell at the Stars to form a stunning batting line-up along with Bairstow and Marcus Stoinis. The West Indian has barely scratched the surface of his talent and is well capable of consistently striking above 150, and his incredible fielding in the IPL was widely described as ‘the best of all time’. He might not score the most runs in the tournament, but expect style, audacious hitting and blistering assaults throughout.

Perhaps not as eye-catching as some of the other signings on this list, Billings will be a valuable addition to the Thunder in his third season in Sydney, but first away from the Sixers. A talented all-round cricketer, whether with the gloves or in the field, Billings has a good record in the Big Bash and hit a maiden international century against Australia in the English summer. A batsman happy to score the ugly runs, he will provide a nice balance to the Thunder with Alex Hales and Usman Khawaja at the top of the order.