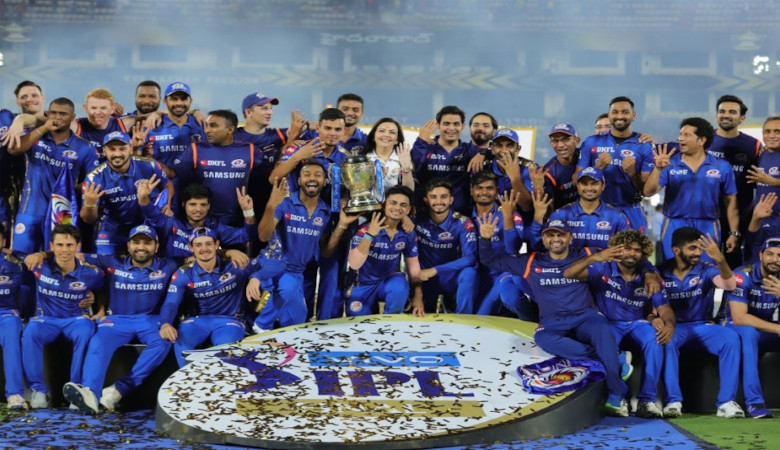 The 2021 IPL gets under way on April 9th with Mumbai Indians looking to defend their title for a second time just four months on from their last success.

The win in the UAE – held later than usual after the tournament was postponed in India earlier in the year – was Mumbai’s fifth title in the biggest franchise tournament in world cricket and saw them overcome Delhi Capitals in the final.

Rohit Sharma’s side were also victorious in 2019 but face the prospect of again competing in front of empty stadia around the country with fans not allowed inside and no team playing at their home grounds.

So how are the betting markets looking ahead of the tournament?

Here are Cricket Bet India’s hot tips and previews on each side.

The defending champions have kept the core of their squad together, adding Adam Milne, Piyush Chawla and James Neesham among others to further strengthen their group of players. They already have key players in form with Rohit Sharma and the Pandya brothers shining against England, so they are rightly hot favourites to defend their title with the likes of Suryakumar Yadav and Ishan Kishan looking to back-up stellar performances from last year. Arjun Tendulkar is a standout addition from the auction, but expect him to spend the majority of the tournament on the bench.

Back Mumbai Indians here with Bet365

Ricky Ponting’s side fell away after a promising start to last season and ended up as runners-up, but have already been dealt a body blow with Shreyas Iyer being ruled out of the tournament through injury. While he was not at his best with the bat last year, his presence as captain was very impressive and the decision to hand Rishabh Pant the captaincy could inhibit his batting, which has has seen him in irresistible form of late. The bowling looks strong with Chris Woakes adding to the experience of Kagiso Rabada, Ishant Sharma, Ravi Ashwin and Anrich Nortje, but the balance of overseas players could prove tricky for Ponting to juggle.

Back Delhi Capitals here with Bet365

Once against RCB made headlines with their strategy at the auction, spending big on Glenn Maxwell and Kyle Jamieson while losing out on Chris Morris. They are now without Josh Philippe which means Virat Kohli will open the batting and open up middle order slots and possibly a promotion for AB de Villiers. Finn Allen is one to keep an eye on but for RCB to really challenge they will need Jamieson to prove the doubters wrong, and there are a few of them questioning his ability with the white ball while he is untested in India.

Back RCB here with Bet365

Who would your 4⃣ be for our first game against the Mumbai Indians, 12th Man Army? 🤔#PlayBold #WeAreChallengers pic.twitter.com/0k8wNnksCF

Sunrisers are early darkhorses for the tournament, boasting a relatively settled side and a host of match winners. Bhuvneshwar Kumar’s return to form and fitness will be a huge boost to David Warner, but with himself, Kane Williamson and Rashid Khan there will remain headaches over the identity of the fourth overseas player. Jonny Bairstow showed his brilliance in the recent white ball internationals and can adapt to a middle order role, but with Mitch Marsh and Jason Holder also around the squad, they have an embarrassment of riches. Any questions are likely to be around their lower order hitting and a reliance on the top order, but Sunrisers have the know-how in crunch games to make sure they will be there or there about come the end of the campaign.

Back Sunrisers Hyderabad here with Bet365

They had half a season bedding in under Eoin Morgan and Brendon McCullum, so KKR will be hoping to start the tournament in better shape than they did in the UAE. Morgan’s injury and lack of form in the ODIs is unlikely to hold him back, but Kolkata will need him to fire if they are to have hope of doing well. Shubman Gill will be looking to take his T20 game to another level but the most important contributions could come from new signing Shakib al Hasan after his completed ban, while Harbhajan Singh could prove to be an astute purchase. It could be another season of inconsistency for McCullum’s side.

Back KKR here with Bet365

A side who it is hard to predict what they will do, owing to the world class talents at their disposal but recent poor performances. Jofra Archer, named MVP last year, will miss the start of the tournament through injury but Ben Stokes and Jos Buttler will take up increasingly important role after the departure of Steve Smith. The decision to promote Stokes looked like a masterstroke last season and could pay off handsomely, but the Royals really need their homegrown players to step up and none more so than new captain Sanju Samson. In the absence of Archer, Chris Morris’ signing looks more necessary than ever and he will have a big workload alongside an attack that struggled badly to support Archer last year. The Royals are unlikely to be consistent enough to go far.

Back Rajasthan Royals here with Bet365

CSK finished last season fairly strongly after a miserable start, and their overall form is reflected in pretty long odds this season. However back on Indian soil – albeit not on their home ground – should suit them and they are definitely stronger than last year, with Suresh Raina back, Krishnappa Gowtham added to the squad and Moeen Ali another eye-catching addition. Moeen could have a massive role to play this year and is capable of winning any game, but Ravi Jadeja’s injury is likely to harm their chances. Keep an eye out for Narayan Jagadeesabn who established himself at three towards the end of the campaign, while MS Dhoni could bow out for good if his team upset their long odds.

Back CSK here with Bet365

Another side who had a nightmare start but finished firmly on the front foot, Punjab Kings (formerly Kings XI Punjab) almost made a late dash to the knockout stages. Chris Gayle’s presence towards the end of the year proved vital so it is likely he will keep his place, and in general the Kings batting remains strong – as long as KL Rahul refinds his form in the shortest format.The big changes this year come in the bowling attack, with Riley Meredith and Jhye Richardson both attracting big prices at the auction and Richardson in particular an astute signing. Dawid Malan and Moises Henriques were cheaper additions but could also grow into important players, while Nicholas Pooran remains one of the most exciting talents in the tournament. If their overseas bowlers settle, there is no reason why Punjab Kings can’t enjoy a good run.

Back Punjab Kings here with Bet365